Why this is important: Abused children often suffer physical injuries, such as cuts, bruises, or broken bones. Abuse at a young age may disrupt brain development. As abused children grow into adults, they are at higher risk for poor health behaviors and health outcomes, such as depression, drug abuse, obesity, high-risk sexual behaviors, smoking, and suicide.

Definition: Child abuse is measured as the number of children 0-17 years of age who were reported to Child Protective Services (CPS) as victims of abuse or neglect and were accepted for further action. The rate is reported per 1,000 children. The incidence of abuse is likely higher than the rates indicate because not all abuse gets reported to CPS. 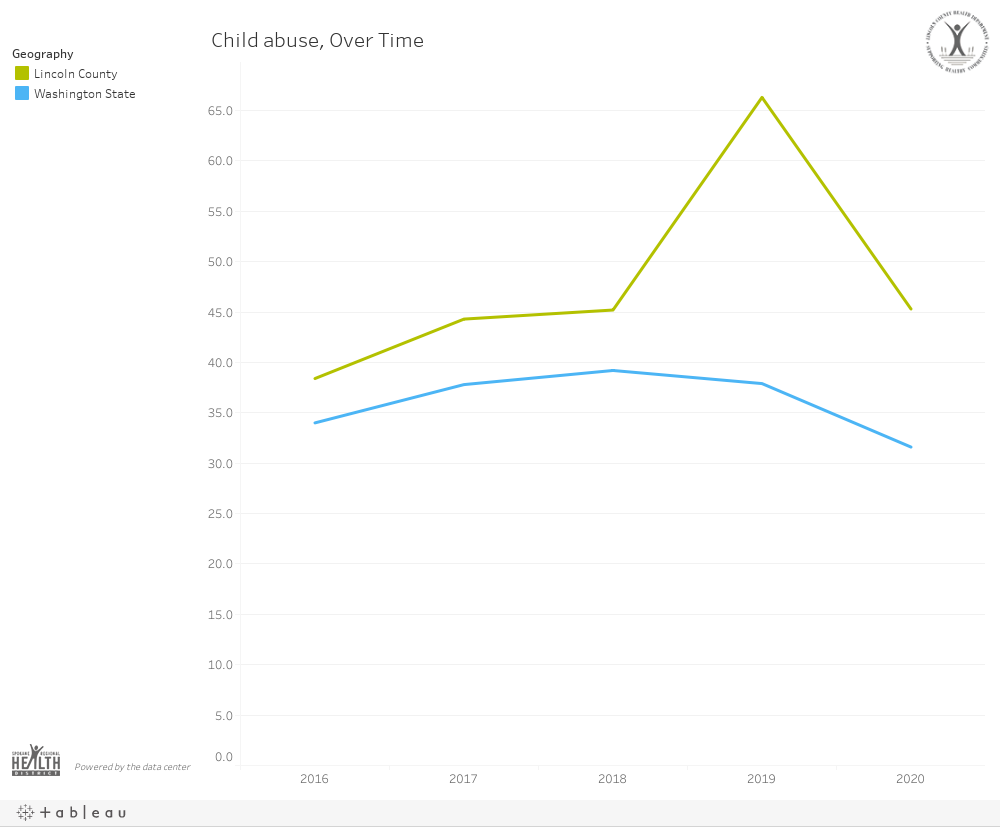